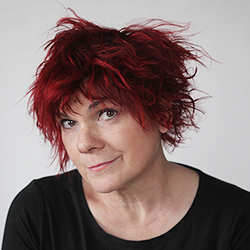 Jane was born in Detroit, Michigan, the youngest of eight happy children. She was told she had three choices in life: to become a nun, a nurse, or a secretary. In typical fashion, she didn’t pay attention. After dragging her feet through college and holding jobs without passion, it was 1981 when she met an Olympus OM2 that gave her the focus she lacked and so desperately craved.

Photography, particularly black and white, offered a means to vocalize her truths and, perhaps more importantly, her questions. Through the years she would develop bodies of work that include studies of aging and process. Rosemont claims “the pursuit of perfection has always felt like a colossal waste of time and energy. What is it that we fear about process, about aging, about reality? Through photography I strive to convey the beauty in these truths. It is more satisfying for me to photograph a broken doll, a wilted flower, or a wrinkled face. Imperfections make for a more intriguing world, and in my persistent pursuit of art and truth, I have learned abundant, rewarding lessons.” 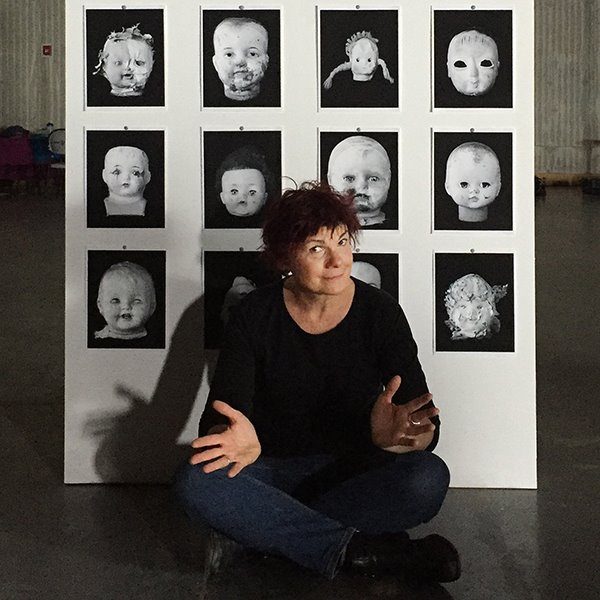 Rosemont’s work has shown in galleries and museums throughout the U.S.A. and has appeared in numerous publications. In 1996, she published Saving Faces, an award winning book of black and white portraits including a courageous self-portrait taken after her mastectomy. Shortly afterward, she discovered darkroom chemicals were adversely affecting her health. She turned to painting, collage and mixed media for artistic expression. When digital photography began meeting the demands of serious photographers, Rosemont eagerly returned to her first love. Rosemont has made photographic excursions to Burma, Laos, India, Mexico, Bali and in Italy, where she also taught a workshop in Tuscany entitled “Beyond the Snapshot.” Her dedicated fine art photography website is www.janerosemontphoto.com

When her husband opened an art film theater in the 1980s, she developed a love for documentary films. Always more interested in fact than fiction, she maintains “a good documentary film will hold my interest regardless of  the subject matter. I always felt that at some point in my life, I would be inspired to do my own.”  Her first documentary film was Pie Lady of Pie Town, featuring the colorful life of Kathy Knapp, the owner of the legendary pie shop of Pie Town, New Mexico.

Jane is now exploring narrative filmmaking, and has directed a new short film entitled Apotheosis, a reflection the pursuit of perfection. The film was shot on location in Santa Fe, and is currently preparing for the film festival circuit.

Married to Dick Rosemont since 1979, they agree that it really is “fun with Dick and Jane.” They reside in Santa Fe, New Mexico.